I’ve always been amazed at the things that can happen on a school morning. Apparently it’s the most popular time for a crisis to hit in the world of our kids. And crises come in all forms. On one particular morning when our kids were in elementary school, the crises came in the form of missing ham, ice water and green poop.

Downstairs for an early start to the morning, I began to make lunches for everyone. My daughter preferred ham and my son wanted good ol’ PB&J. Easy enough, right? Sure, except that I could not locate the ham. I looked everywhere and knew I had just purchased a brand new package.

My search was interrupted by my 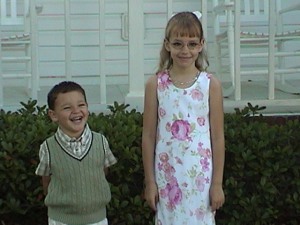 daughter rolling out of bed and facing the fact that she had to take a shower. She had fallen asleep too early the evening before for the usual routine. She pitched a fit at having to wash her hair then screamed for help to rinse out the shampoo. Once out of the shower, she stared blankly in the mirror for 11.5 minutes before complaining about having to dry her hair. I lost that battle.

Back to the lunches, I became frustrated at my inability to locate the ham. My daughter then experienced a minor nervous breakdown as she could not possibly face the idea of eating chicken, turkey or salami, all of which were in plain sight. Of course she also wouldn’t consider eating one of the four different pre-made lunches I already had in the fridge including pizza. I continued my quest to locate the ham and then asked hubby to look for the ham. No ham. She must have ham.

It was then that my young daughter spilled ice water in her lap at the breakfast table. After shrieking and freaking, she raced upstairs to change. She didn’t like any of the shorts in her drawer.  Another shriek. I successfully averted a major meltdown by suggesting she wear pants.  With one leg in her pants, she hobbled down the stairs. At this point, her cereal was soggy but she didn’t seem to notice. Shocked, I thanked heaven for small miracles.

After eating his toast and crying for the pudding he saw in the refrigerator during the ham search, my son went to get dressed. Fifteen minutes later he stood before me dripping lime green poop on the carpet. He pitifully begged me not to get mad at him as I escorted him to the nearest bathroom. He then proceeded to drip lime green poop on me, the hallway and the bathroom rug. I peeled the underwear from his little smelly behind and tossed it in the trash.  Socks, shorts and shirt (don’t ask) ended up in the washing machine along with two large bath towels, one dishcloth, a carpet cleaning rag, and the bathroom rug. I made a mental note to purchase three more packages of underwear in anticipation of more loose bowel movements.

Back to the unfinished lunches, I finally found the ham in the door of the refrigerator hidden behind forty-two bottles of ketchup. Someone kept buying ketchup. Apparently, there was concern about an impending shortage. I celebrated momentary success before noticing my sweet daughter was writing her name on the bottom of her left sandal.  At least it wasn’t permanent marker on her foot (another story for another day). As we drove to school, my son loudly announced that his ears were stuck to his head.

It was just another day in paradise that reminded me that though darkness lasts for the night, joy comes in the morning. But not all mornings… some mornings we have to remember to do everything to the glory of the Lord lest we run screaming into the street.

So whether you eat or drink or whatever you do, do it all for the glory of God.  1 Corinthians 10:31