It’s the end of a year and the beginning of a new one. While I love celebrating, I have never understood the fascination with new year’s resolutions and the “new year, new you” movement. I mean a fresh start is great, but the world doesn’t magically change between 11:59 p.m. and 12:00 a.m. on December 31st. Yea I know, #partypooper. 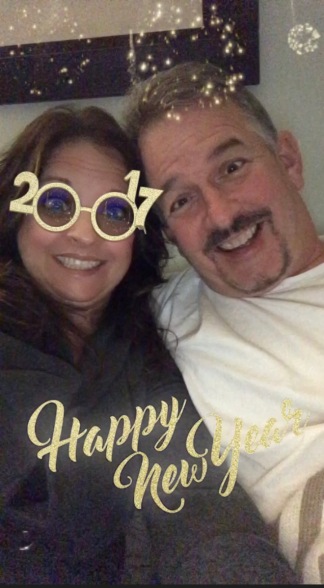 As my DH and I rang in the new year in both eastern and central time zones (that’s how we roll), I made my usual comments about the previous year and what had not gone right.One thing I do understand is looking back over the year thinking about what was accomplished and what wasn’t … sadly I’ve always put an emphasis on the “what wasn’t”. Rehashing things over and over from the previous day/week/month/year has been a bad habit of mine for so long I hardly recognize when I do it. It’s like those people who stare so long in the rear view mirror wondering what the lady  behind them is doing that they hit a curb in front of them. Note to Hubby: I’m not saying I did not that. I’m just saying there are people who do. And no, that scratch on the rim was not me. I swear.

While there’s nothing wrong with reflecting, there is something wrong with dwelling on past issues to the point that you miss all the fantastic blessings you’ve already received. Not only that, but only looking at what could have been better keeps you from looking ahead. Ooooooooh. That was good. #dropthemic  {Yes, I am totally talking to myself…and yes, I have plenty of experience.} 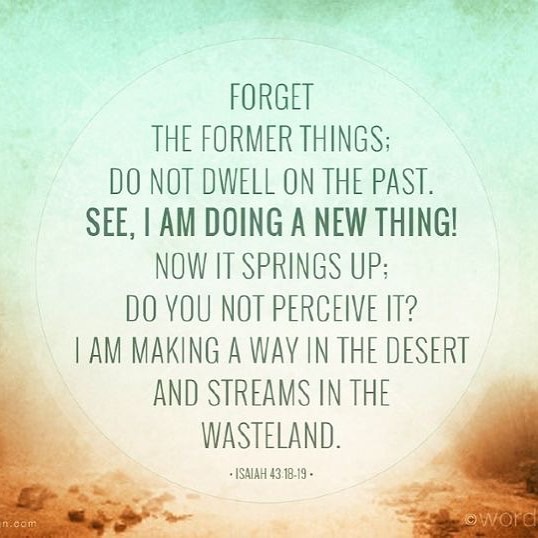 So this year, I’m joining the “new year, new you” movement by changing the way I think. But I’m gonna need some help. To keep us looking forward, our family has chosen a verse to claim for the year to keep us (OK, mainly me) focused on looking ahead at the new things God is doing through and for our family. And truthfully, even though it’s only day 2 of this new year, it’s been good to read this and let it sink in. So I’m sticking this to every wall, cabinet, and door of the house. God is doing a new thing in 2017. ❤

“Forget the former things; do not dwell on the past. See, I am doing a new thing! Now it springs up; do you not perceive it? I am making a way in the wilderness and streams in the wasteland.” Isaiah 43:18-19

Tripping Over My Own Feet & Laughing Along the Way www.capewearingmom.com View all posts by Cape Wearing Mom

4 thoughts on “If You Look Backwards Too Long, You’ll Wreck”